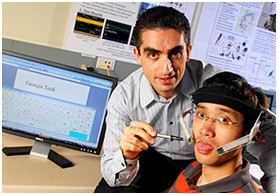 Assistive Technology is essential for people having severe disabilities to lead a useful life. It tends to bring confidence and self dependence in disable people and gives them hope.

Great quantities of assistive devices are controlled by switches to provide users with limited freedom. There are also some other devices which work by tracking eye movements. It is necessary for an assistive device to be easy to use and involve less effort from the user’s position.

And now, a new Tongue Drive system is developed by GT-BIONICS LAB (Dr Ghovanloo specifically) for people suffering from spinal cord injury or any other severe paralysis. It is meant to provide them an opportunity to master their surroundings and enjoy computer access. They can move their wheelchair, operate a computer and have interactions with their environment just by moving their tongues. It is non invasive and does not involve brain surgery.

The company has chosen the tongue out off all organs due to the fact that, unlike hands or feet etc, it is directly controlled by brain by cranial nerve which doesn’t get damaged during spinal cord injuries. Also tongue movements are comfortable, fast and so not require much exertion.

TDS tracks the motion of the tongue by an array of magnetic sensors, mounted on dental retainer inside teeth or headset outside teeth, which measure the magnetic field of permanent magnet that is confined in some non magnetic fixture. The magnet is secured on tongue through implantation or piercing and is used as a tracer. 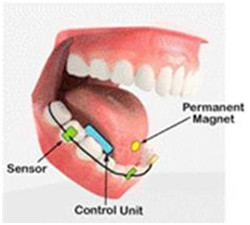 When the tongue moves, the magnetic field is brought forth. The variations due to this field are observed by magnetic sensors and transmitted as sensory signals through a wireless link to Personal Digital Assistant or PDA, which is also worn by the user. Then the SSP (sensor signal processing) algorithm running on a PDA decodes the signals and converts them into user commands. Then these control commands are transmitted, wirelessly, to portable devices present in the user’s surroundings.

A prototype device was acquired to enable the user to substitute the mouse in computer by moving cursor on display screen based on the position of magnetic tracer, which is relative to four detectors. The first two sensors were employed to check the front on the X axis and rear two sensors were for Y axis. They can also issue single and double click for selecting icons or opening files.

The Tongue Drive System can as well be employed for controlling electronic wheelchairs by substituting the joystick part. The person just have to touch the tongue in predefined way to move the chair forward or backward and turn it left or right. He can also accelerate and decelerate it by keeping his tongue forward and giving it back to its original location. 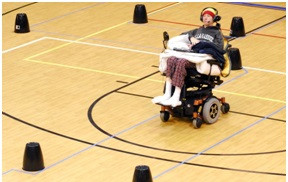 And after all this, manufacturers are now focusing to shrink the size of related electronics, so that it can fit into mouth easily without interrupting the speech. 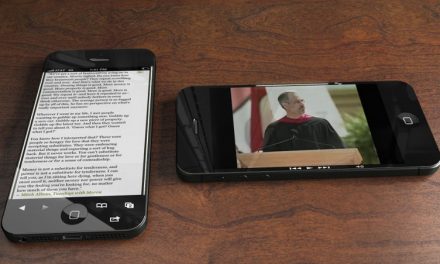 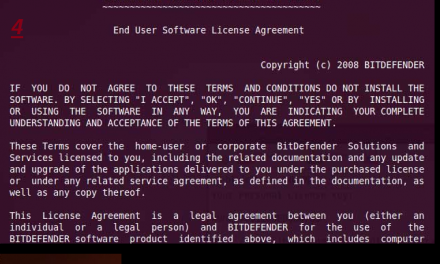